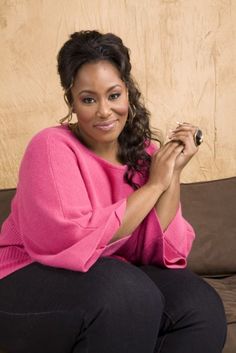 Losing her best friend to cancer a Christian contemporary singer hid in her home for three years gaining 195 lbs. and considered suicide.   This two-time Grammy Award-winning singer Mandisa, had faith and a positive attitude but these did not shield her from lost or the downward spiral into depression.

Kisha Mitchell a close friend of Mandisa and her back up singer, who was the motivation for Mandisa’s  2014 “Overcomer” album, passed away due to breast cancer.  Mandisa said, “She did not shake her fist at God but she shut down”.

Gaining 120lbs and becoming a recluse, shutting herself off from friends and even her music. Coping with shame and the voices telling her to end her life and be with Jesus.  Mandisa, says but God.   “It only takes one flicker of light to chase out the darkness,” and her friends provided that flicker staging an intervention, interrupting the destructive plans of the enemy.

“Out of the Dark”, Mandisa’s new album exposing this period in her life proves she is not just an Overcomer but Victor.  As she takes the fight to the enemy sharing her test and testimony, being transparent as she ministers to people of faith who keep silent due to the shame and stigma of mental illness.

As Christians we come against cancer, diabetes and other physical illnesses but never say anything about mental illness, the sickness of the mind.  Hopefully, “Out of the Dark” will cause more of us to not only pray but recognize mental illness as a disease and if untreated is as deadly as any other disease.

Decades ago I battled the same demon of depression and there was no one inside the Church I could talk to without feeling ashamed.  I heard, “If I really was saved, if I prayed more or praised more; I would not be experiencing these attacks.  The reality is from pulpits to pews, saved or unsaved depression affects all of us at some time or another but in Christ we can come out of the dark into the marvelous light of Jesus Christ with and I am a witness to that.

Coming back from this, Mandisa wants others to know her God is what He says.

I hope Believers will take this opportunity to come Out Of The Dark and get the help they need.