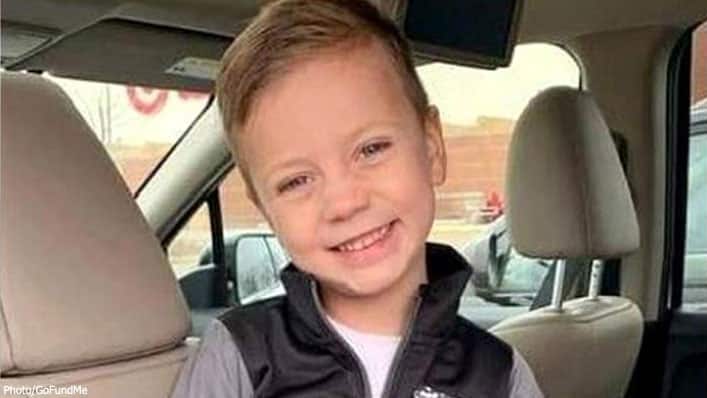 In spite of being thrown from a third floor balcony at a mall, Landen Hoffman survived.     A fall that should have killed him.  Doctors have reported that the five year, thankfully is doing much better than expected, to the point that even the medical staff are calling it a “miracle.”

Last month a mentally ill man looking to kill someone that day at the mall of America.  Emmanuel Aranda chose Landen who was standing by the balcony at with his mother close by but she unable to protect her son from what Aranda had in his demon possessed mind.

Becky Aranda said in an interview her son has had mental problems from a child and she had warned authorities to locate him because she felt something was going to happen at the mall with him.  But she was surprised her son would attack a child and do something  this horrible.

But Easter Sunday Mac Hammon, of Living Word Christian Center the family’s pastor, shared with the congregation that results from a 5-hour MRI that  revealed miraculously no brain damage — not even swelling.  The youngster has broken bones, fractures on his arm, leg, and face and he will need to have his spleen removed.  But the 5 year-old survived an attack that should have killed him and his family is optimistic about his totally recovery – I am too.  There is nothing too hard for God.

An update on the GodFundMe page a week after the incident.  The Hoffman family is praising “The power of prayer is simply amazing.” As Landen makes small steps daily in his healing process. “Each new day is a good day.

Landen’s recovery is expected to be ongoing for a long time” but he is recovering.  In in spite of what satan meant for evil, God is and can turn this around for Landen’s good.

Emmanuel Aranda who attacked the youngster will hopefully will get the help he needs to begin his healing process mentally.   More importantly I hope the Christian faith community will prayer for his recovery too.  Because There is nothing too hard for God, He can heal victim and perpetrator.

For we are not fighting against people made of flesh and blood, but against persons without bodies—the evil rulers of the unseen world, those mighty satanic beings and great evil princes of darkness who rule this world; and against huge numbers of wicked spirits in the spirit world.